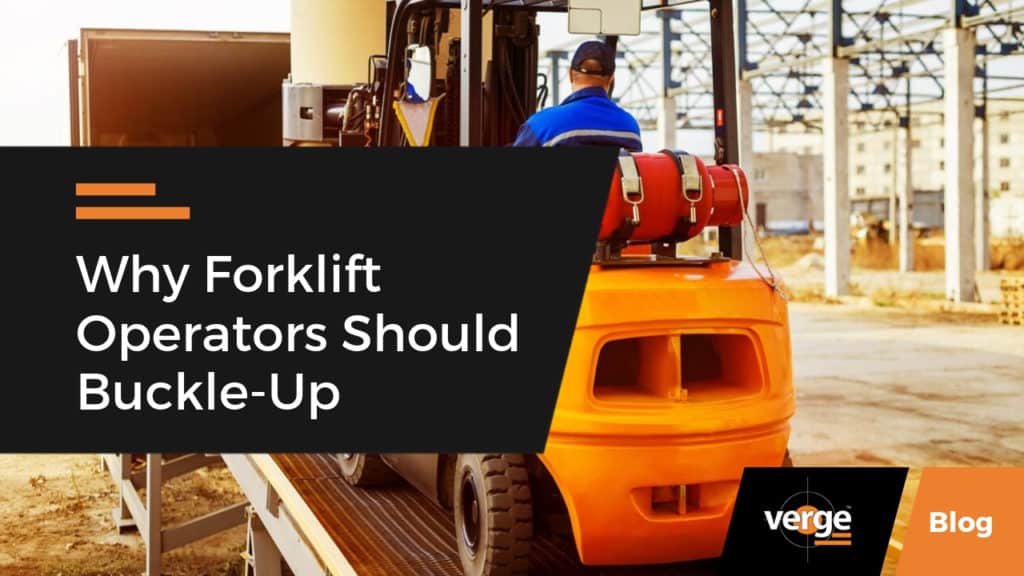 Safe Work NSW reports that every year forklifts continue to cause workplace deaths and injuries resulting in substantial financial and human costs for workers, industry and the community.  Safe Work NSW states that one of the reasons why people are killed or seriously injured by a forklift includes not wearing a seat belt in a tip-over.

Why Wear a Seatbelt?

Overturning or tipping is one of the greatest risks to death by forklift operators driving forklifts and accounts for one in six deaths. WorkSafe reported that between January 1985 and January 2006, out of the 56 forklift related fatalities, ten deaths were caused when an operator jumped or fell from a forklift and was crushed

Wearing a seatbelt ensures that operators cannot jump out or fall out and remain in the cabin when they are involved in a forklift accident where the forklift is overturning or tipping over. Understandably, the operator’s response to jumping out of the forklift would be a natural response or what is known as the fight-or-flight response; a physiological reaction that occurs in the presence of something that is terrifying, either mentally or physically. The response is either stay and deal with a threat or to run away to safety

However, WorkSafe stated that the safest place for an operator is in the cabin with the seatbelt on. This ensures the operator cannot try to jump out of the way or fall underneath the forklift if it tips. 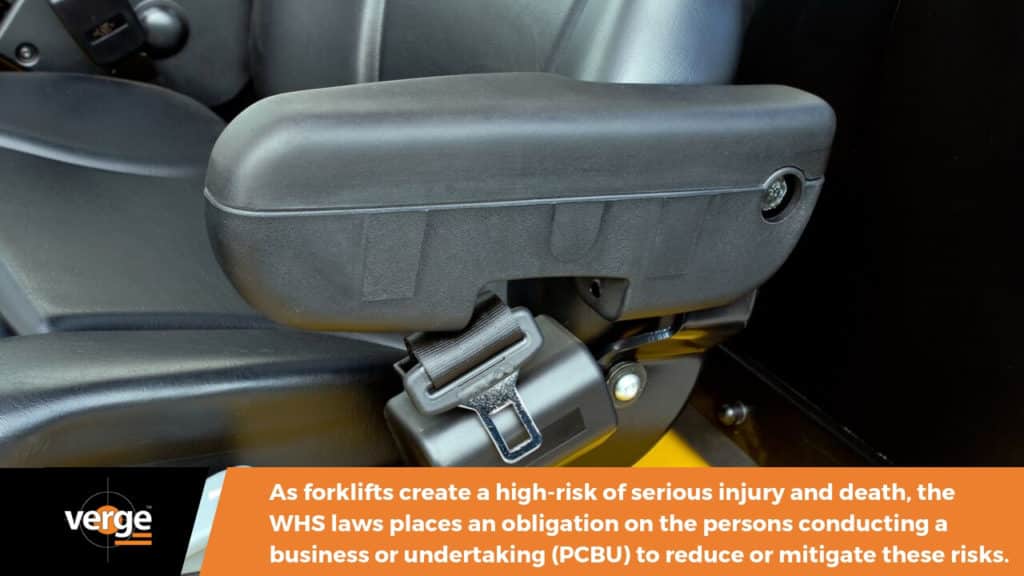 As forklifts create a high-risk of serious injury and death, the WHS laws places an obligation on the persons conducting a business or undertaking (PCBU) to reduce or mitigate these risks.

This process of reducing or minimising the risk includes:

Coupled with hazard management and an effective traffic management plan.

The Requirements of the Law and Seat Belt

Seatbelts keep you in the cab during a tip over event and prevent you from being thrown from your seat.

OSHA does not have a specific rule requiring forklifts to have seat belts. However, employers are required to protect employees from “serious and recognized hazards.” … Employers are responsible for ensuring that forklift operators are wearing their seat belts. 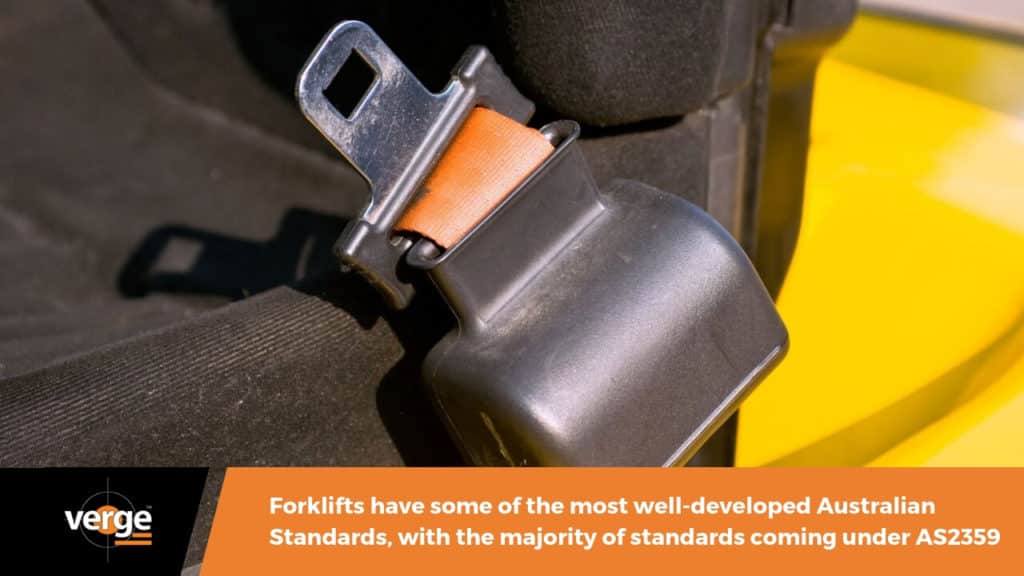 The Australian Standard AS:2359

The Forklift Market reports that, Forklifts have some of the most well-developed Australian Standards, with the majority of standards coming under AS2359.  The Forklift Market describes the Australian Standards as documents that set out specifications, procedures and guidelines that aim to ensure products, services and systems are at a consistently high, safe, consistent and reliable standard. One that has recently changed is Forklift Seat Belts.

As manufacturing improves so does the associated standards.  Being familiar with the standards can go a long way to helping you in your business. The new revision of the AS2359.1.2017 have included forklift seat belts that are fitted into the trucks with a safety component that ensure the operators are buckled up before the vehicle is in motion.

In short, the article read:

“Forklift seat belts where fitted SHALL:

It’s pretty simple, be aware, it might save you time and money and prevent a serious accident.” 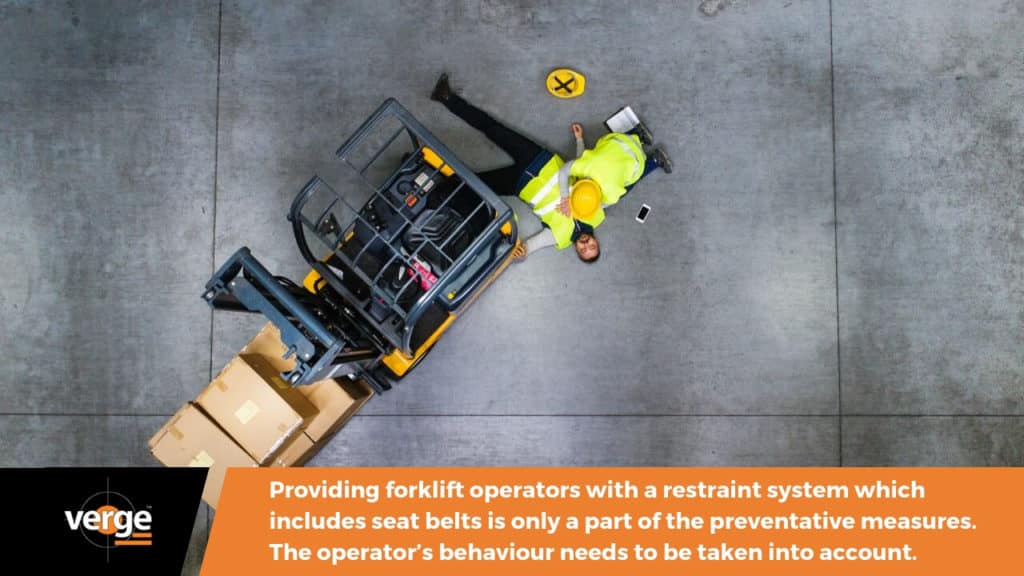 How can serious injury and death be prevented?

Providing forklift operators with a restraint system which includes seat belts is only a part of the preventative measures. The operator’s behaviour needs to be taken into account.  For further reading refer to VSB Issue 008 – The Importance of Operator Training.

Some ways operators can prevent tipping or over turning is by avoiding the following when operating a forklift:

If you had any issue with selecting a product, need to negotiate on price or want to ask a question please call our team on 1800 765 539